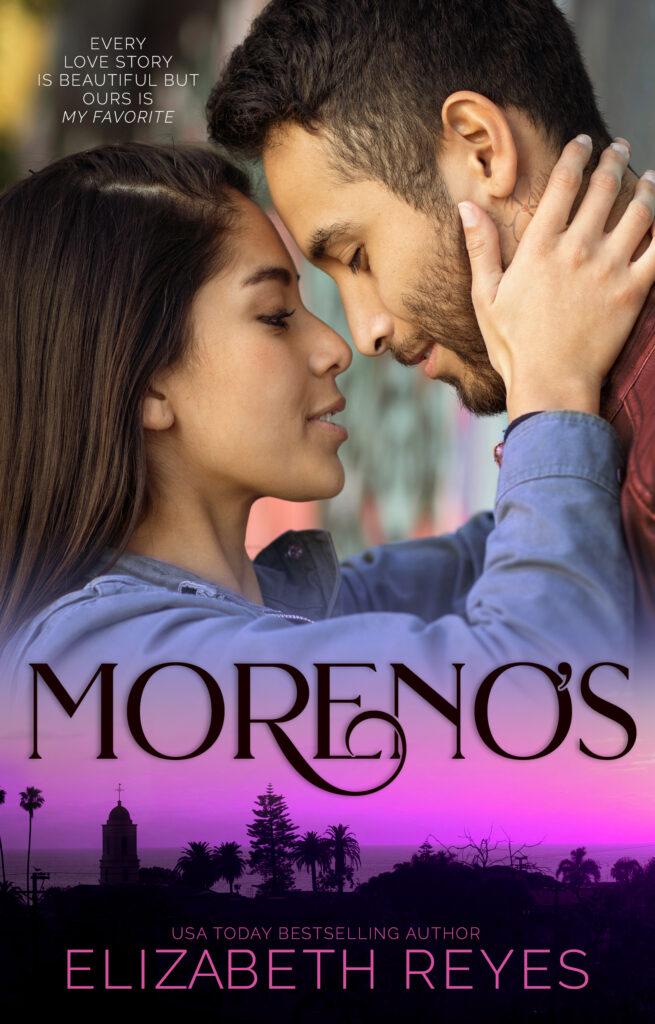 They’d been sweethearts since grade school and by high school knew they were soulmates. Nothing would keep Alejandro Moreno from marrying Isabella as soon as she was of age. Making no bones about it, he made sure everyone in el pueblo who might get ideas about her, knew he’d set his very respectable claim on her.

Until the unthinkable happens.

How long do you wait for your soulmate? Months, years, forever? Or do you eventually move on . . .?

Ready for your first teaser???

Excerpt set up: Isabella our h has just overheard a girl flirting with our H Alejandro. For years they’ve referred to each other as just friends because they’re too young for more but she’s silently always hoped/felt there was more to their friendship . . .

Despite the gesture and his sweet words, her head was back to what she’d been thinking before he handed her the candy. Trying to hide the jealousy she still felt over the possibility of him hanging out with Imelda at the dance that weekend Isabella glanced away when their eyes met.

As usual he picked up on her disquiet immediately because when she turned back to him, his eyes narrowed. “What’s wrong?”

“Nothing.” She lifted and dropped her shoulder.

The girl waiting on her esquites from Cido interrupted Isabella’s thoughts with her loud question. “How come I never see you guys at the rio parranda’s Saturday nights anymore?”

“Because those river hangouts are for middle school kids,” Cido said taking her money. “We’re preparatoria men now. We’ll be at the dance this Saturday instead.”

Isabella rolled her eyes. Ever since Cido and Alejandro started high school in the city he acted like he was all grown up. It’s why it was so hilarious when he made his dad mad and he was called a clueless mocoso in front of everyone.

Another group of kids walked up to the cart and ordered cobs from Alejandro. One of the guys in the group, Juan Carlos, a boy in Isabella’s class was immediately smiling when he saw her.

“Hey, Isabella. You going to the parranda this Saturday?”

Alejandro noticeably slowed his slathering of butter on the cob and eyed Juan Carlos, but then went back to focusing on what he was doing.

Juan Carlos hadn’t lived in Pueblo De Oro long enough to know about her and Alejandro’s history. Taking advantage of this, Isabella smiled feeling evil. But it was a necessary evil.

“I might, since I’m not allowed to dance yet.”

Juan Carlos smiled even bigger. “I’ve only been to a couple since I moved here, and they’ve been cool. I looked for you both times.”

“Yeah, I haven’t been to any lately. But I have been before and you’re right, they are fun. I’ll try and make it out this weekend.”

“Good.” He smiled sheepishly. “Last two times I brought my guitara. I’ll bring it again and play for you.”

As Alejandro finished preparing Juan Carlos’s corn and then his friends, Isabella asked Juan Carlos more about his guitar playing. She knew Alejandro as well as he knew her, to instantly pick up on his change in demeanor during the conversation she continued to have with Juan Carlos. Even if he hadn’t said a word throughout.

Isabella made sure to lay it on thick and did a little extra giggling at anything even remotely silly Juan Carlos said. When Alejandro was done with their food, she realized she may’ve laid it on a little too thick because Juan Carlos was suddenly a little too confident.

“Um . . .” She glanced at Alejandro whose intense glare practically burned a hole through her, then she turned back to Juan Carlos. “Nothing. Just hanging out.”

“Come hang with me at the placita. We’re just—”

Juan Carlos’s eyes narrowed in obvious confusion. He glanced at Alejandro, then Isabella then back at Alejandro. “Why not?”

“Because she’s hanging out here,” he said simply then added. “With me.”

It took a moment for Juan Carlos to understand Alejandro’s attitude, but once he did, he nodded, even as his friend chuckled. Lifting his elote at Alejandro, he then tipped his bangora at Isabella but said nothing before walking away.

Alejandro eyed Juan Carlos then turned to Isabella. “I’ll be there with you at the parranda this weekend.”

Isabella did her best to hide the smile as her insides burst with excitement. “But I thought you’d be at the dance?”

“Is that where you want me to be, Isa? While you’re at the river listening to this guy play guitar for you?”

“No,” she said too quickly, then backpedaled. “I mean I heard you tell that girl you might be at the dance.”

“That was just me being polite with a customer, Isa. Why would I want to go to a dance without you?”

“Cido,” he said openly and without bothering to lower his voice since their other best friend was busy flirting with three girls buying esquites. “Says a lot of shit, but you should know by now, he doesn’t speak for me. So, wherever you’re at Saturday night, I’ll be there right next to you.”

This time Isabella did smile. She was not about to argue. Not when she’d gotten exactly what she’d wanted. Confirmation that even as he’d gotten older and was now going to high school in the city with older girls, Alejandro was still one hundred percent feeling for her what she felt more profoundly for him with each passing day.

Share to enter to win a signed paperback of Orlando and one of FIVE ARC’s of Moreno’s once it’s ready!!! Release date TBA! I’m hoping for BEFORE the end of the year but we shall see!!!