“You hired me not just to help manage your career but to do damage control with the mess you and Andy made of it. And ever since, all you’ve done is continue to go downhill. It’s almost as if you’re trying to ruin your career.”

“Oh yeah? And what career would that be, huh? My boxing career? Because I think we can both agree that ship has sailed. I’m just trying to enjoy my life now.”

“How? By getting drunk every night and partying ’til you pass out? By starting brawls and beating the shit outta every nobody that calls you a has-been?” Preston followed Felix into the next room of his penthouse suite. “You’re not washed up, Felix. But if you keep treating your body the way you have been this past year—staying up every night, fucking every girl who throws herself at you, and partying up for days—you will be. Hell, even your dick’s gotta say I’ve had enough sooner or later.”

Felix laughed, taking a swig of his glass of bourbon. “Not a chance.” 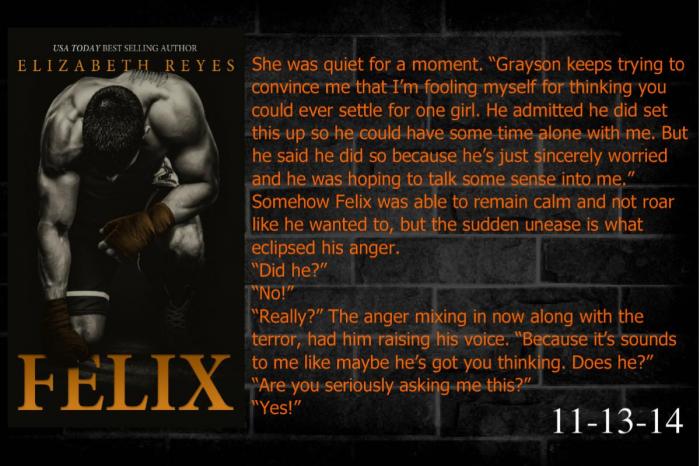 Set up: Felix is waiting to hear back from Ella. Uncharacteristically she’s disappeared all day with no explanation but he’s pretty sure where she’s been and WHO she’s been with….then he gets her call… 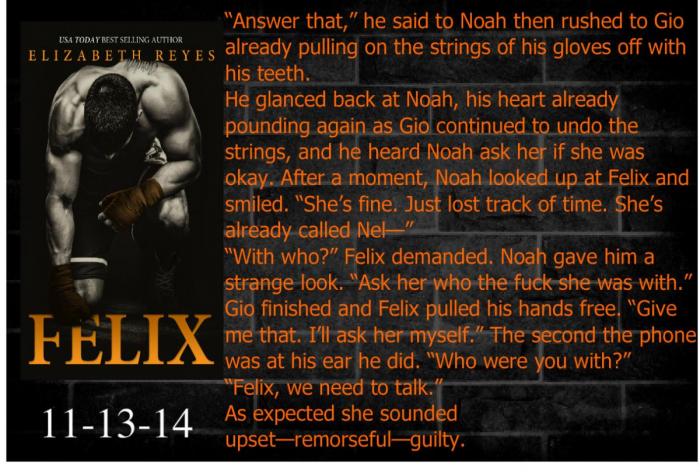