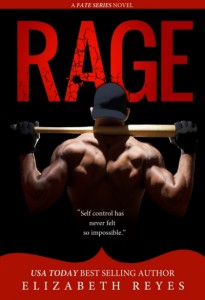 If you’re on Team Reyes, or if you subscribe to my newsletter then you’ve already read a part of this teaser. You see being on the team and or subscribing to my newsletter gives you access to exclusive EARLY teasers, announcements giveaways etc. This particular teaser was partially shared exclusively in the team and via newsletter back in September. Today I’ve added a bit more

AJ was supposed to be concentrating on warming up to bat next. Up until then, he’d been doing well, beyond well with his short fuse. He’d made excellent progress in keeping his cool on and off the field, but the continued whispers about Addison had begun to chip away at the wall of patience he’d worked so hard to build for years. Festering thoughts of what Addison’s eyes that close up had done to him and the unreasonable annoyance he’d felt when he’d seen Travis get so close to her weren’t helping either. He couldn’t even look at the guy now without feeling irritated, not just at Travis but at himself for getting so worked up over a girl he hardly knew.

Biggs, one of several guys standing by him, said something that got his attention. “Umm, mmm, Coach’s daughter.”

AJ had instantly stopped swinging the bat and turned to him. “What about her?”

“Who knew she had all that going on?” he said, shaking his head.
AJ gripped the bat, feeling his insides heat as he peered at him but said nothing.

“I mean I could see she was cute when Lara brought her around the day before and again the day of his grandkid’s birthday party. But when she took her jersey off at the zoo, hot damn, what a pair of—”

“Don’t.” AJ shook his head, warning Biggs as calmly as he could. “Don’t do that, man. That’s Coach’s daughter you’re talking about.”

Biggs lifted his hand in the air with a smirk. “I don’t care who she is. I see something like that and my dick starts—”

“Hey!” AJ’s voice boomed suddenly as he took a step forward, pointing his bat at Biggs. “That’s the coach’s daughter you’re talking about. Clair’s mom, asshole. Have some fucking respect.”

He’d been as stunned about his reaction as everyone else there. But he hadn’t cared even as everyone had gone quiet and stared at him. He’d glared at Biggs until the guy nodded a bit hesitantly then shook his head with a scoff but finally agreed.

The enormous tension he was feeling spilled over from batting practice to the game. For the first time that season, he’d nearly lost it against an opposing team’s player while still on base. He managed to keep his cool, but he knew he had to get a grip.

He didn’t want to be attracted to Addison, but from the moment he first noticed her, he’d felt an unexplainable draw. At least that’s what he’d called it until he realized her uncanny resemblance to Clair had made him feel like he knew her before he even met her.

So what now? Now that he knew that was all it was? Not only that, but she might be into Travis or worse. She might be one of those girls. Coach Lara made her out to be a brain. From the looks of her high-school-graduation picture, she’d certainly fit the description of what he’d expected: a quiet mousy bookish girl. What the hell happened to that girl?

Then he remembered what his brothers often said. The quiet ones are the worst ones.

There won’t be any.

Just be aware there will be a special discounted release weekend price so get your copy early! The discounted price will be temporarily only. Then it will go to regular price and stay there! BUT it may go live early so check often. In any case I will be sure to announce and remind everyone it’s LIVE as soon as it goes live!

Final chance for and a friend to get your hands on this one early, in a e-kindle ARC. Just share this or my FB post and tag a friend. I will be choosing a winner with their tagged friend tomorrow morning! You could be reading Rage as soon as TOMORROW! Happy sharing and tagging! =D