Who else has missed them? 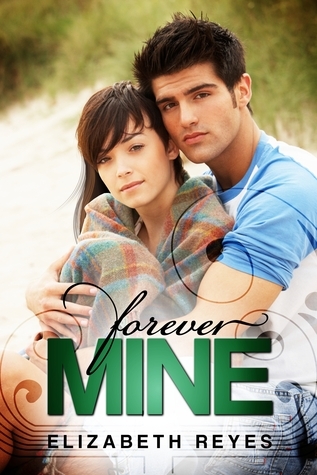 Alright maybe just a little fix? As in a bonus scene? Okay here’s what happened. I was checking out my reviews the other day for Abel on Amazon and saw I have 81. Thank you SO  much to those of you who’ve taken the time to review!! *hugs!!*   I smiled and thought just 19 more to get to 100. Sadly it’s been stuck there for days. I sighed thinking so close. Then I broke into song “So close and yet so faaaaaaaar!!!” After the rude comments from my husband in the other room about me scarin’ the dog and him banging on the wall, >=(  I went back to work. I had my Sweet Sofie doc open double checking that I had my facts straight about Brandon for his story. As usual I got all caught up in the story and started reading other parts that didn’t even involve him. I came across this scene.

Angel and Sarah being elected prom queen and king should’ve been a good thing. Except an ex-flame of Angel’s, Dana, had had a few too many, and she and the rest of her cheerleader girlfriends decided to protest and demand a recount. It started to get ugly when all of Sarah and Sofia’s friends from the track team came to Sarah’s defense.
Dana and a few of her friends were actually escorted out during Sarah and Angel’s dance. Sofia was livid. More than once, Eric had to hold her back. The Moreno in her was alive and well and ready to kick some ass.
After reading I thought I should write that prom scene. Then I had Déjà vu moment! This wasn’t the first time I thought this. Then it hit me. Wait a minute! I DID write that scene… I’m pretty sure I did.. didn’t I? So the search was on! I started digging in my files and memory sticks where I have tons of stuff I’ve started writing and set aside and then I heard the harp music and the heavenly lights lit up my cave! There it was. I knew it!! I did write it. So I start reading and get all into this piece I hadn’t read in so long. *sigh* Now what to do with it? *scratching head* It’s too short to publish. It’s only about a chapters length and it doesn’t really tell a story. It’s just their prom scene.
As the norm with my attention span of a gnat I clicked on Facebook and forgot ALL about it. I later checked my Abel reviews again. Still at 81 then I heard the harp music again!!! I KNOW!  Offer up the bonus scene when we reach 100 reviews! This would give me time to tweak the scene some more and beg my editor to take time off her busy schedule to give it a whirl. So y’all ready to do this? How bout a teaser first? My arm’s twisting… my arm is twisting. I think I heard something pop! Oh alright!
*Spoiler alert!!! For those who haven’t read Forever Mine this contains spoilers!!*

Here’s the beginning of the bonus Angel Sarah prom short.

UPDATED 10/7/13!! You guys did it! We hit 100 reviews of Abel on Amazon so as promised here is the full bonus scene and Angel Sarah fix! Enjoy! *unedited

“Sarah!” Her cousin Valerie rushed toward her as Sarah turned the knob on her locker. “Did you hear?”
“Hear what?” Sarah didn’t even look away from the combination lock she hastened to open. She was already running late.
“You and Angel were nominated for prom king and queen.”
Now Sarah turned to Valerie feeling her insides hollow. She already hated that for the past several months she’d had a huge limelight focused right on her because of the ongoing trial of her track coach who attempted to force himself on her, now this?
“What?” She’d hoped this weekend’s prom would be a magical and welcome distraction from the tension she’d felt for months. This changed everything. “Who nominated me?”
“The teachers,” Valerie smiled. “They just posted the nominated court. I knew you two would be on it!”
Sarah’s first thoughts? Was there any way out of this? But asking Valerie seemed at that moment like a bad idea. Her cousin was just too excited about this. She’d be the first to try to talk her out of passing up the nomination; if that was even possible. As if this weren’t bad enough her cousin laid another one on her.
“Dana was nominated, too,” she made a gagging face.

Great. What a freaking disaster. The entire school already made them out to be arch enemies. They were going to love this. 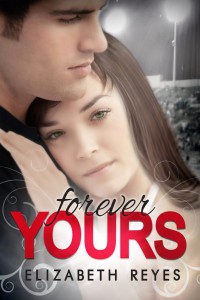 Click here for buy links and more excerpts!
For any of you who are NOT familiar with my
5th Street
series. You can read the STEAMING HOT prologue of the book in question “Abel” HERE! It’s my only book that literally starts with a BANG! 😉