Skip to content
Home » Blog » Uncategorized » #WednesdayWinners AND TEASER! *Girl In The Mirror*

First and foremost the winners of this past weekends giveaway! FIVE ARC’s of

Girl In The Mirror

Congrats everyone please email your kindle email to

For those of you who didn’t win. No worries! there’s another giveaway you just have to finish reading this post to find out how to enter!

But first! The teaser! Quick set up:

Maggie and her mother have gone back to visit the town she grew up in,. Sadly none of the places she visited, her old, the home she lived in etc  jog a memory. They stop into an old theater playing old movies like Grease and Wizard of Oz and then this happens . . .

“Let’s get popcorn,” Mama said walking over to get in concessions line even as I stayed behind studying the walls.

The stuff on them was your standard movie stuff. Framed movie posters. Only they were all old movies. So it added to the already nostalgic theater giving it a more vintage appearance.

My eyes moved around taking everything in slowly and that’s the first time it happened. My eyes zeroed in on the photo booth in the corner of the lobby and  it felt like a trigger went off in my head.

Like one of those old time camera flashes I’d only ever seen in movies, a flash went off in my head. Only it was nothing more than the image of that very photo booth. I felt what I imagined asthmatic people must feel when they’re having an attack. Except I’d never been asthmatic and I’d never felt this instantly breathless. At least not in the two years of life memories I did have. Unlike all the other times when my breath had caught out of shock like when I realized I didn’t know who I was and when I was told about my dead twin there was something else I was feeling. Despite the pounding it was doing, my heart swelled and my insides went wild. A swarm of butterflies danced in my belly.

I  turned to the concession stand feeling a euphoric like panic I’d never felt before but Mama was too busy talking to the boy working behind the counter. Sucking in chunks of air I tried desperately to remain calm because this still didn’t mean anything. If anything this had to be the strongest symptom from the trauma I’d experienced to date.

“Mama,” I said when she finally finished paying the boy for our popcorn and drinks.

“Well, get on over here, Maggie and help me with this.”

“Tell me about it,” I said almost afraid to look inside it. “This photo booth. Did me and Madeline ever take pictures in it?”

Mama took in the booth then turned back to me with a puzzled expression. “I don’t know. Why?” she scrutinized me from top to bottom since I could barely stand still then peered at me as the excitement in her eyes grew. “Do you remember something?”

“I don’t know. I don’t know,” I said finally moving the curtain aside and peeking inside.

It happened again the moment I saw the small stool inside and the writing etched on the walls. The light flashed in my head again. I read some of the writing on the wall but there weren’t any I recognized only the visual of the writing kept flashing in my head. It made me dizzy and I sat down bringing my hand to my head.

My NEXT cover reveal is coming soon. But which book and what series shall not be disclosed just yet =D

NOW FOR THE GIVEAWAY!!!!

GIRL IN THE MIRROR!

Winner to be announced Saturday morning!

Last but CERTAINLY NOT least!!! 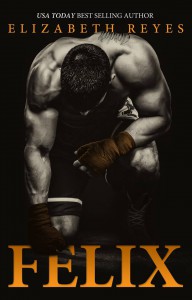