There are a lot of questions that I seem to get asked quite often so I’ve compiled a list of them here. If there is any question I didn’t answer or anything you have further questions about feel free to comment on my blog or email me at EliReyesbooks@Yahoo.com But check here first. I will update as I get more repeat questions and add it here.

These are the latest FAQ answered as of October 2017 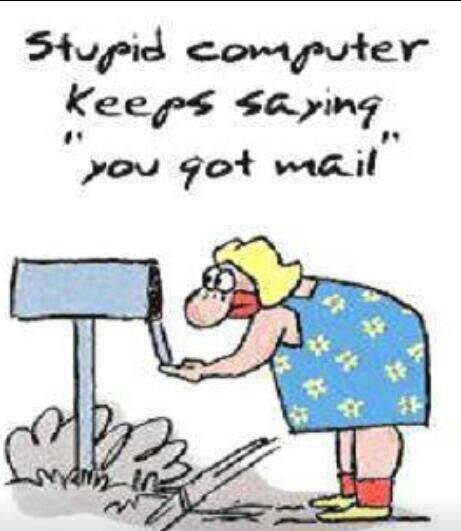 This year I’ve introduced three new series. Technically one was introduced last year under a pen name but this year I re-released Remi’s Choice under my name with added bonus content!

So many who’ve blinked and missed the intro to the three new series are trying to catch up. Not sure where to start, who’s who, and if any of these new series are related to my older ones. So here’s a quick and dirty explanation.

This is new contemporary romance series that was introduced in January of this year. As the banner explains above this is a 5th street series spinoff with lots of crossover characters. Here are the top most asked questions regarding Boyle Heights.

Absolutely not. Like the majority of my stories ALL the stories in Boyle Heights are and will continue to be stand alones.

2. Do I need to read Lila before reading Beast?

Again nope. You might get some minor spoilers in Beast about Lila, but there is no NEED to read Lila first in order to keep up with Beast’s story.

3. What do you mean by crossover series?

Well it means you’ll be getting reacquainted with characters from some of my previous series. Like in my Fate series, where Brandon, Vince, Sydney, Enzo along with a few NEW Romero family members got their own stories.  some of my side characters in my other stories/series (NOT JUST 5TH STREET) will now get their love story told in this series. Both Lila and Beast have featured characters from my OTHER series. I won’t say who they are. You’ll have to read to find out but I will say one is from Moreno Brothers and the other from my Fate series. 😉

4. How many more stories can we expect from this series?

That’s hard to say. I always start off with an idea in my head. But as each new story comes along and new characters are introduced that starts to change. I’d originally planned for 4 but I MAY BE looking at 6 now.

Looking Glass is my Romantic suspense series. Also introduced earlier this year.  As the name of the series suggests, not all is what it seems in these stories. While the stories will still be romantic, there will be a heavier emphasis on the mystery. No paranormal or fantasy here. These are straight contemporary romance novels . But there will be lots of twists that’ll keep you guessing and turning pages like crazy. 😉 Here are the most asked questions for this series.

Yes and no. The story is told in first person WITHOUT my usual dual POV for good reason. There is a BIG mystery regarding our heroines past. If I’d given you HIS POV it would’ve spoiled the mystery. It’s basically about a bond so profound between two people that even the absence of any memory of it the heart just won’t allow her to forget . . . There is romance and an HEA and while many LOVED the story as is, they did say they would’ve loved to see more of their romance. And this is why you’re now getting We Were One, which is the alternate POV of GITM you didn’t get to see. But it’s a COMPLETELY different story with MUCH more romance and wowzer sexy times. 😉

2. Will all the stories in this series be told in a single POV?

So far the first two will be and I’m thinking the third will be as well. Because of the nature of the mysteries revolving around the romance to have both POV’s would just be giving too much away. But I promise to make them as entertaining as the rest of my stories! 😉

But I have gotten a one more that’s been asked more than once. So I will answer here.

Well if you read the Q&A in the link regarding this series, you know this story was a little out of my comfort zone or rather my usual when it came to the sexy times. I’m one of those that enjoys a good erotic romance when there is enough story to keep me interested. Pages and pages of sex don’t cut it for me unless the story has some real substance. Unfortunately those are hard to find. So I’m challenging myself now to write some good STEAMY reads with a REAL story behind them and I hope I do this justice. Stay tuned for Forbidden Summer coming next in this series!

Most of you were introduced to me when you came across Forever Mine then followed the rest of the way through as the series was completed. Many have asked if I’ll ever write any more stories in this series. I learned long ago to NEVER say never. I do have something brewing in a form of a sequel to this series.  Tentatively titled Moreno’s, the EPIC journey and love story of the Moreno parents.

I’ve also been asked about the second generation in both this series and my others. O. M. G. The thought is daunting. It’s why I’ve started being VERY vague in my stories regarding names and ages of the babies because I know when day when the time comes, notice I said when not IF, me and my editors heads will be spinning trying to keep it all straight. But my hope is that yes this will come to be eventually. In the mean time I hope to share some fun excerpts of what is stirring in my head. Like this one for example in case you haven’t already read this bonus 2nd generation excerpt with some of my most beloved characters from my Moreno Brothers series. And stay tuned because I have another bonus excerpt I’ve been itching to write!

As for self publishing there are many many resources on line. Amanda Hocking has some great advice over on her blog on everything she knows about publishing.  She mentions reading Konrath’s blog post A newbies guide to publishing.  I agree it’s a must read for beginners.Jamie McGuire has a post on this as well. Very informative and like her I CANNOT stress enough. Never ever EVER pay to be represented or published. They all get paid when you get paid. Nothing upfront from you to them anyway. And here is another great MUST READ post for aspiring writers, by Author Steph Campbell on “things she knows” about writing!On a personal level, my advice to anyone who TRULY believes in their dream of becoming a writer and doing it for a living. Never EVER give up. Self-doubt is the number one killer of creativity/dreams. It’ll never go away. No matter how big and popular your books get. The only thing you can do is crush it down to a barely audible whisper with perseverance. Believe in your dream and follow it! DO IT!